You are here: Home › Raspberry Pi and Electronics DIY › Drive SC1602 and SC2004 with Raspberry Pi

As I program a driver of SC1602 with paying attention to readability, I even found a defective of SC1602.

As I told you already on the post, “A total beginner started to learn electronics with Raspberry Pi”, Nikkei Linux March 2013 was the beginning of using Raspberry Pi. This post became one of the biggest hit of my blog, and Google puts this post in the top 10 of search results using “Raspberry Pi” in Japanese. (As of September 22th, 2014)

I finished the story when I could turn an LED, but Nikkei’s article continues. Its next step is using an SC1602, a Liquid-crystal display. I have actually bought it with LED together. Because Nikkei’s article has a sample code, I could output some characters on the display. At that time, I couldn’t understand the instruction that came with SC1602 at all. I kept “decoding” the instruction little by little, and I could understand the whole stuff at last.

An SC1602 is a display which is used by machines. I searched what machines use SC1602. 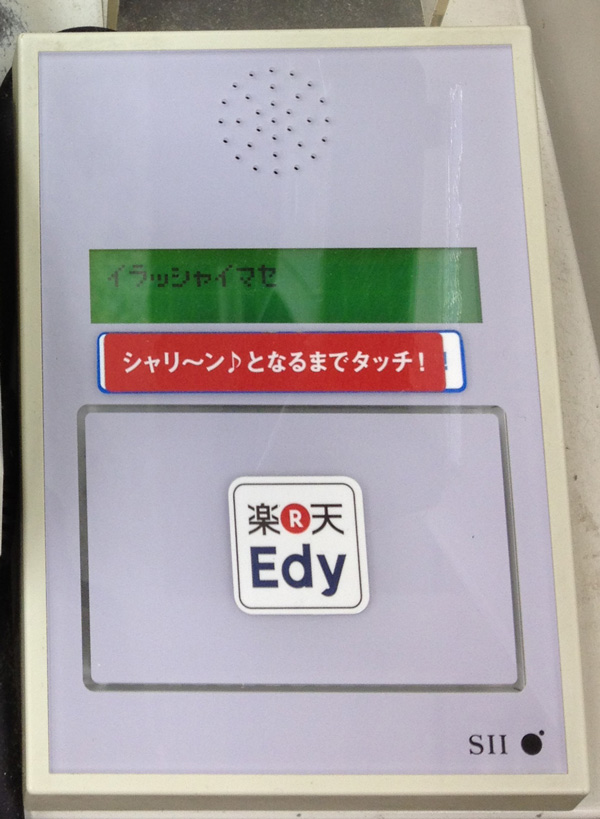 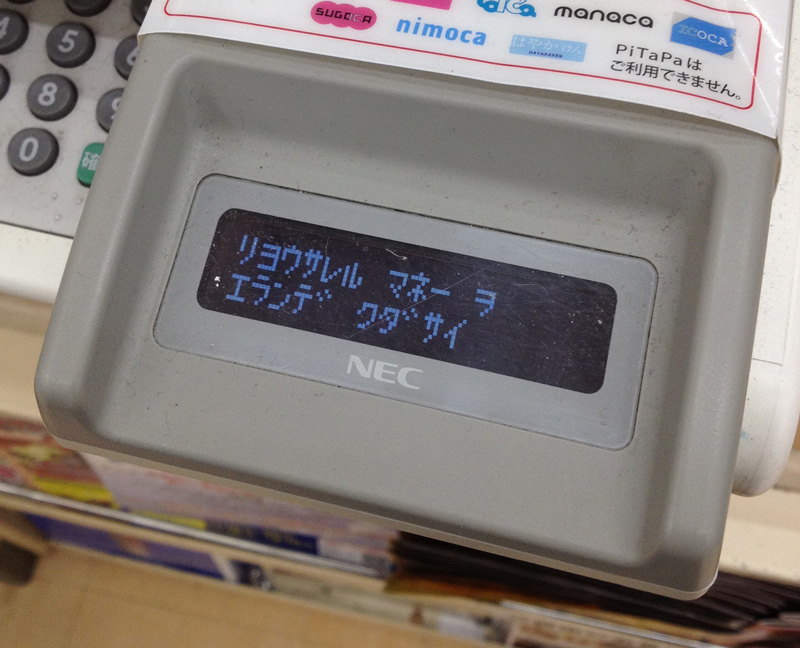 NEC’s reader at a convenience store 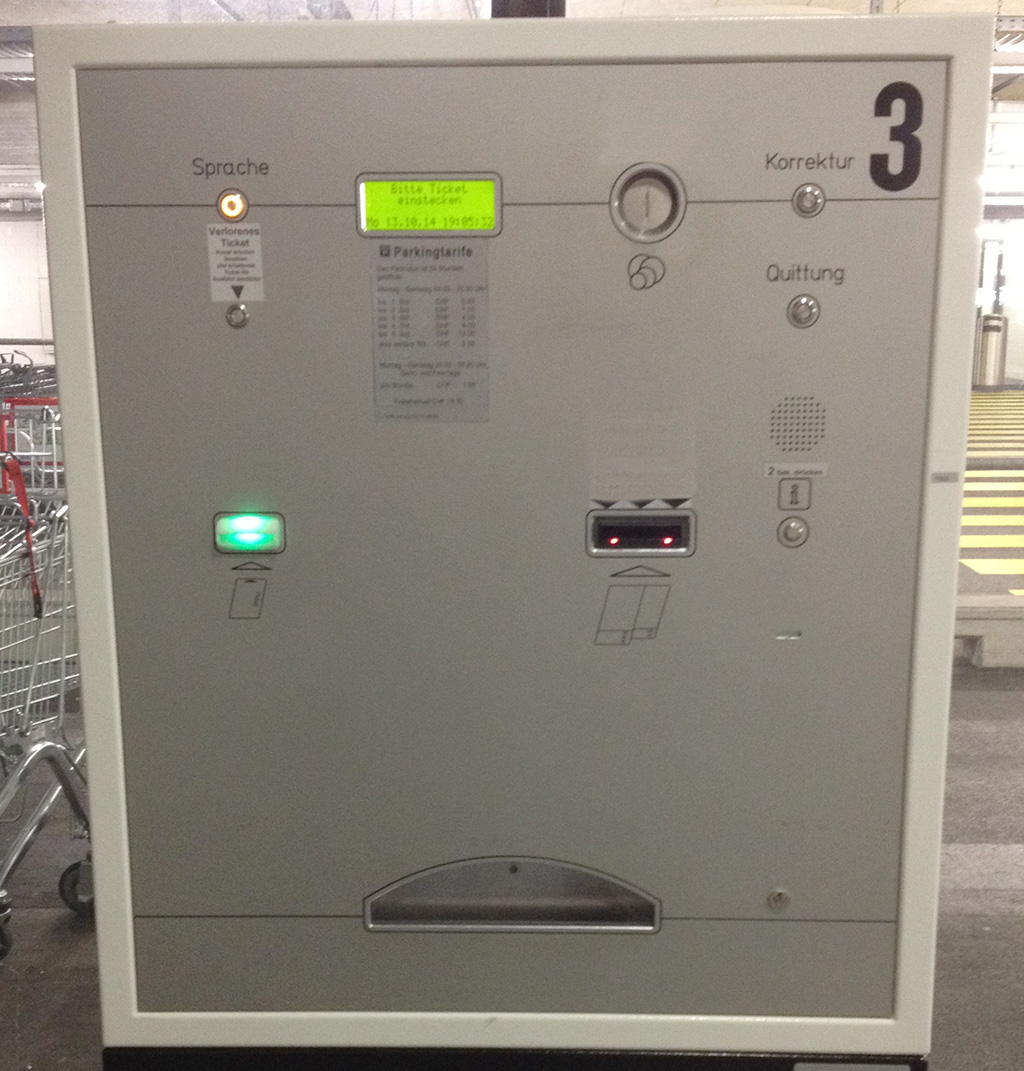 Ticketing machine at a parking lot 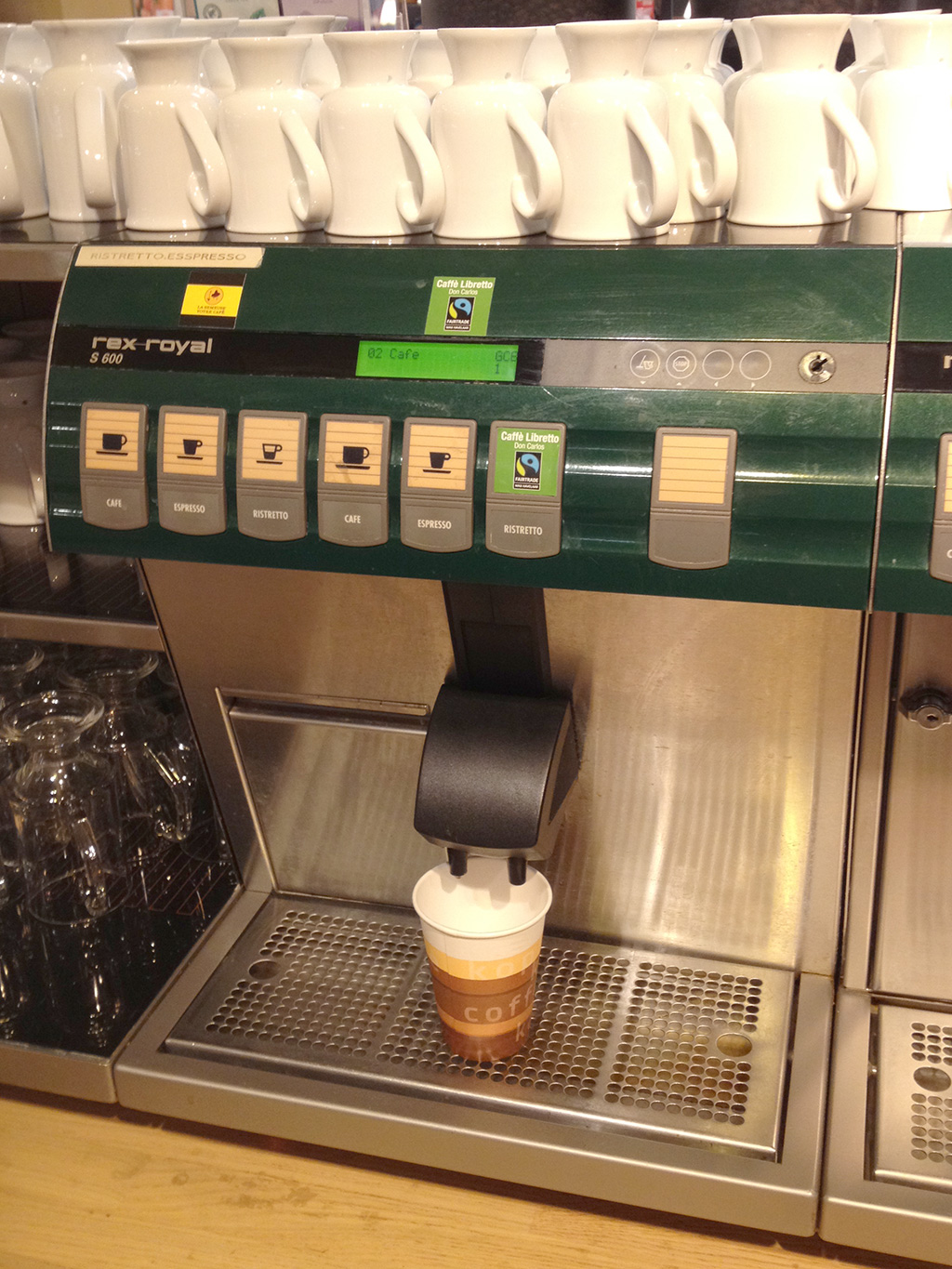 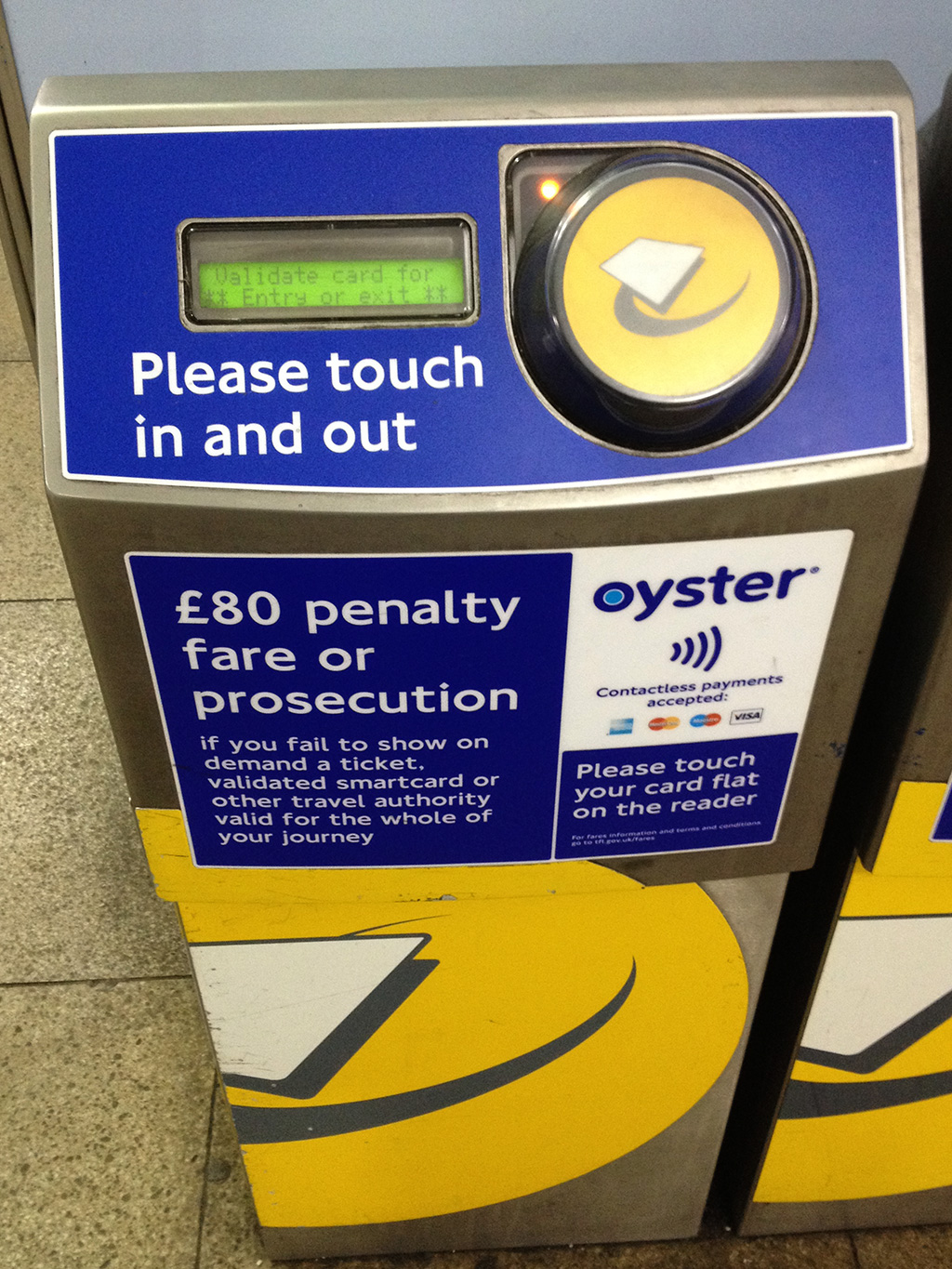 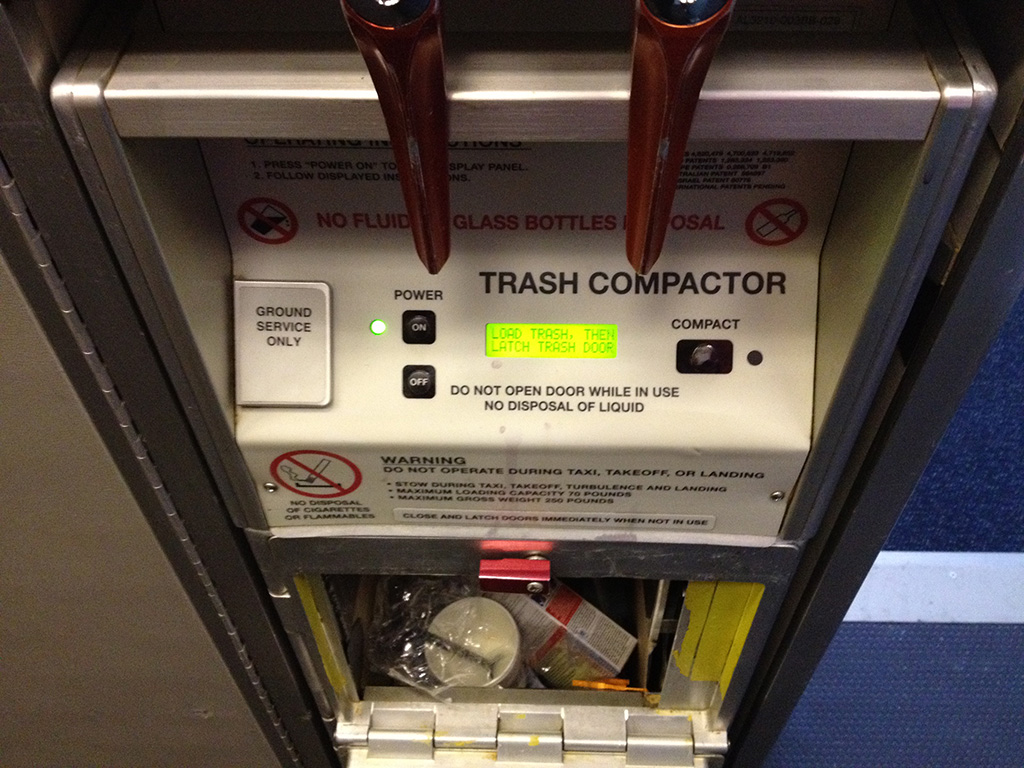 I don’t know about the history of SC1602. I searched but couldn’t find very well. SC1602 would be a generic name of these displays and the method to control these displays.

An SC1602 might be a device which has a Hitachi HD44780-compatible controller. HD44780 is released in 1980s and since then many manufactures released compatible devices.

Most LCDs sold at stores have HD44780. In general, because those LCDs are compatible, they are controlled in the same way, but there are some differences on data sending time and voltage. If you doubt their behavior, check the datasheet that comes with your LCD. – マイコン徹底入門

There is an article about Hitachi HD44780 LCD controller on Wikipedia, but they don’t have an article written in Japanese even it is developed by Hitachi Japan.

I soldered pins to the displays… 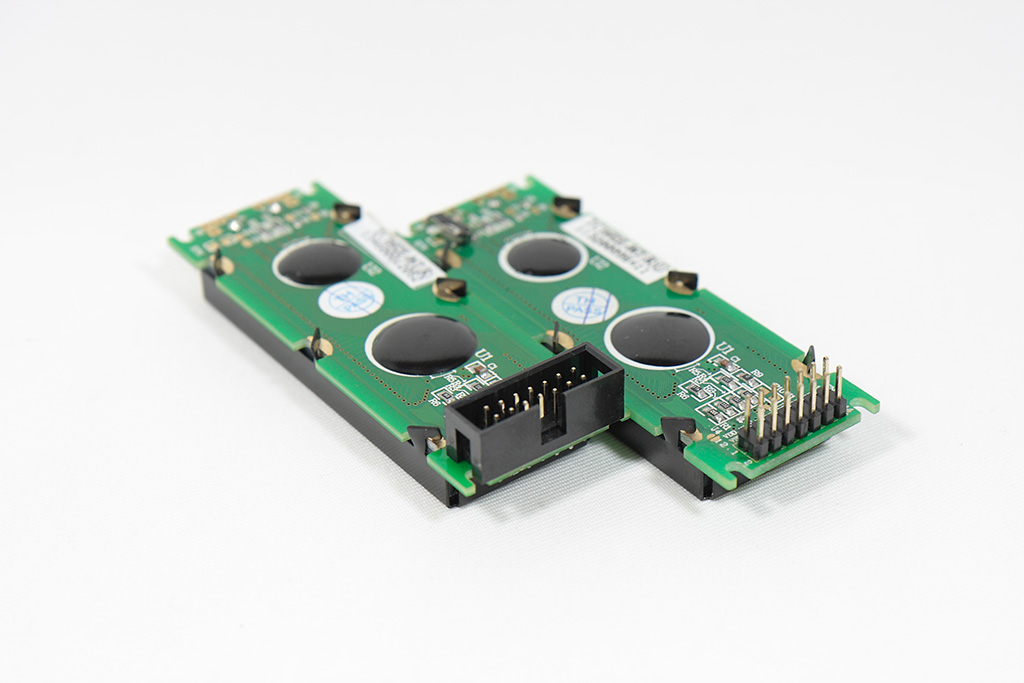 … to plug and unplug. This is the Raspberry wires. 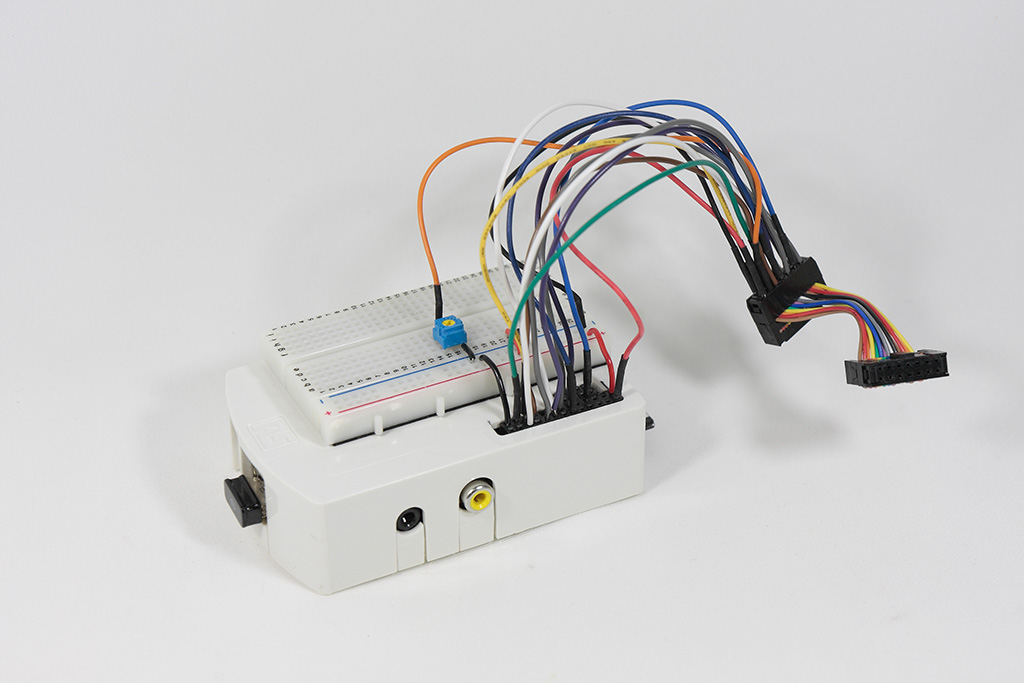 I was first using female pins. 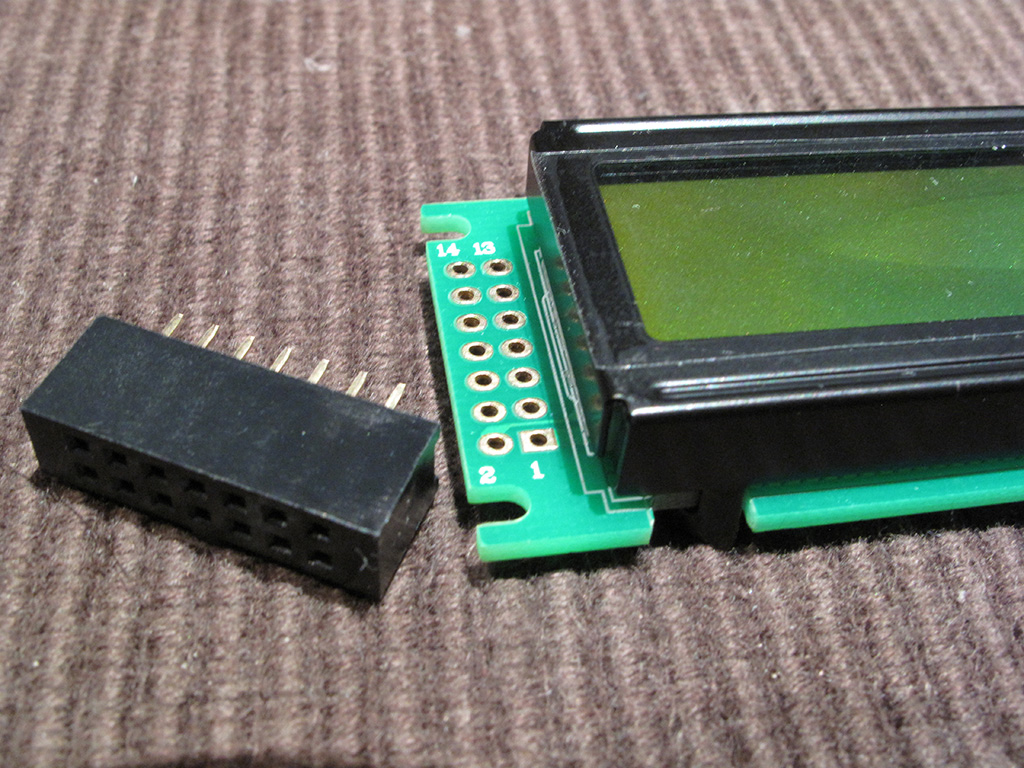 But I found that if I used female pins, I couldn’t solder when I create something.

Be careful! Vdd and GND are often assigned to pin number1 and 2, but it is sometimes opposite. If the Vdd and GND pins are connected to the other way, the LCD doesn’t work. Actually it might break. There may be various reasons for doing such a thing. This is regarded as a mystery.

This is the beginning of Nikkei’s code.

Even I had knowledge of C, I was amazed. The comment says the first line clears the GPIOs, and the program shifts bits. The program prepares 1F in hexadecimal, shifts it by 7 bits, and writes it to the I/O address of GPIOs.

What does 1F in hexadecimal mean? Why do I need to shift 7 bits? What is I/O address of GPIO? I was at this level and kept investigating one by one.

*(gpio+7) points address which is 7 units away from gpio. The gpio pointer is defined like this:

This means the pointer is the same as gpio_map. Then what is gpio_map?

I found that this program is controlling BCM2835 directly with free use of bit orders I mentioned above.

The rightmost bit means GPIO0, and the second bit means GPIO1. Because I shifted bits by 7, GPIO7 to 11 are 1. Overwriting these bits to certain address where GPIO_CLR pointer clears those GPIOs.

This procedure lost my energy a lot. I could know how to drive SC1602, but is this the only way to drive?

As I searched and read books, ALL people without exception called some libraries. Those libraries “manipulate” 0 and 1 freely. The ways to call those libraries are like these.

We will forget what these source codes mean when we look later. And we can’t call writeByte or lcdwrite unless we know them. Additionally we could miss that b is actually a function like writeByte and lcdwrite.

Even if we can call functions, we need to look up for 00111000 and 0x23. If we look later, this means we are in need of making new functions or fixing problems. We would be in trouble every time we look later.

I’m from the computer field, which would make me believe that people who wrote those codes are in the electronic field and they are still there. They might program because they can’t avoid programming.

I kept improving the source code, and it became like this.

Only these few codes do from initializing the LCD to outputting a string. If we forget function names, eclipse helps us. We just need to type “lcd ->”. If you don’t know what I mean, read “Making Raspberry Pi program by cross-compiling C++ with Eclipse on CentOS”.

SC2004 “extends” SC1602. Because the way to control is the same as SC1602, we should use SC1602 as is, and “override” only the difference. This is why Object-orientation is convenient.

On the other hand, SC1602 is made to be overridden.

I couldn’t make codes like these at the first time. Object-orientation can be explained with a car and a motorcycle. These classes have common methods like “run”, “move speedometer”, and “refuel”. I could understand what they mean, but they could be just virtual example. The objects are just “data” on a computer, not physical “cars”. I haven’t dreamed that the Object-orientated language worked on physical devices like SC1602 and SC2004.

By the way, be careful that C++ is not always available on electronic DIY. I chose C++ because Microchip PIC32 series supports C++, and I took Object-orientation more than the cost and physical size of PIC32. Even I bought a Microchip PICKIT3, haven’t used it at all. The reason why I bought it is because I wanted to think what language can be ported from Raspberry Pi. I thought Microchip’s PIC was widely used in electronic DIY and it could be highly possible to use in the future.

The readable codes let me found malfunctioning on SC1602. I bought SC1602s at both Akizuki and Marutsu in Akihabara, and only Akizuki’s SC1602 seemed to have the malfunctioning.

The bug appears when the function code “left cursor shift” is called. When the cursor moves across the address 0x0 from right to left, SC1602 can’t handle DDRAM correctly.

Do you know what left cursor shift is? Strings can be displayed from right to left on SC1602, but you can invert the direction by calling the function code “5: Cursor / display Shift”. I have no idea when I need it. I guess the driver was made to handle letters that are written from right to left like Arabic.

Driver is a chip that controls the display. It might be soldered somewhere on the circuit board of SC1602. I called Sunlike Taiwan, and they said SC1602s sold at Akizuki have Sitronix ST7066U as driver. They also suggested choosing SPLC780D, but the problem is I can’t choose the driver. Kids can’t choose parents.

By the way, the Sunlike personnel said SC1602s sold at Marutsu have different drivers. This could be evidence of my investigation.

Once SC1602 receive a function code, it needs time to execute the function. The time SC1602 needs is written in the specification. For example, “Clear Display” takes 1.5 milliseconds. The value may change like 1.52 or 1.64ms, but I don‘t know why. If Raspberry pi sends the next code without waiting, SC1602 ignores it. More precisely, SC1602 looks like ignoring.

No one writes code like “Do not wait for 1.5 milliseconds.” The problem is if we don’t know we need to do so, the program doesn’t wait for even 0.1 millisecond. This means we can never tell what causes problem unless we find it by chance. Additionally, if you output some debug string to the console, it takes more than 0.5 milliseconds, this could let the bug hide. I’ll explain this later.

I published the program that I used for verification. This is an extension of the one I posted before, “Drive RHT03 with Raspberry Pi“.

Options change what the program does. Some options are required, and some are not. There is no particular order. Options are case sensitive. Options are considered only once in the order they are listed in the Option List below. Because demo10 loops, you need to press [Ctrl] and [c] when you finish.

Initializes SC1602 in 8 bit mode and shows configures in the console. A blink cursor appears on SC1602.

Sends string ABCDEFG to SC1602. If error code is 0, the cursor is move to address 0,0 (You can’t use home.) and then Raspberry Pi reads 1 char from SC1602 and outputs it in the console. Because this is done 7 times, the whole string will be output in the console.

If your LCD won’t work, just wire necessary ones.

I used the following devices.

Use the command below to see how DDRAM changes.

Type one key and press Enter. See what the address changes.

These are what SC1602s look like after typing a to h.

Marutst’s SC1602 outputs only an ‘a’. This is because other characters are put at the addresses shown below. The gray part is out of display width, but can be displayed if you scroll.

On the other SC1602s, the cursor jumps to DDRAM addresses that don’t exist. But characters can be displayed at 0x00 to 0x07.

The cursor positions x and y are correct because the program counts. Once the position is determined, we can get the correct DDRAM address by using the matrix above. To avoid this malfunction, we can simply overwrite the DDRAM address.

Command to check the wait time of Clear Display

This command executes Clear Display and then prints “ABCDEFG”. But the wait time is shortened intentionally from 1520 microseconds to 500 microseconds.

The result can be correct once a 10 times.

SC1602 misses the first character once a 10 times.

So, What happens another once a 10 times?

In addition, I verified the suspension effect.

Connect a multimeter between your Raspberry Pi and SC1602 in series. 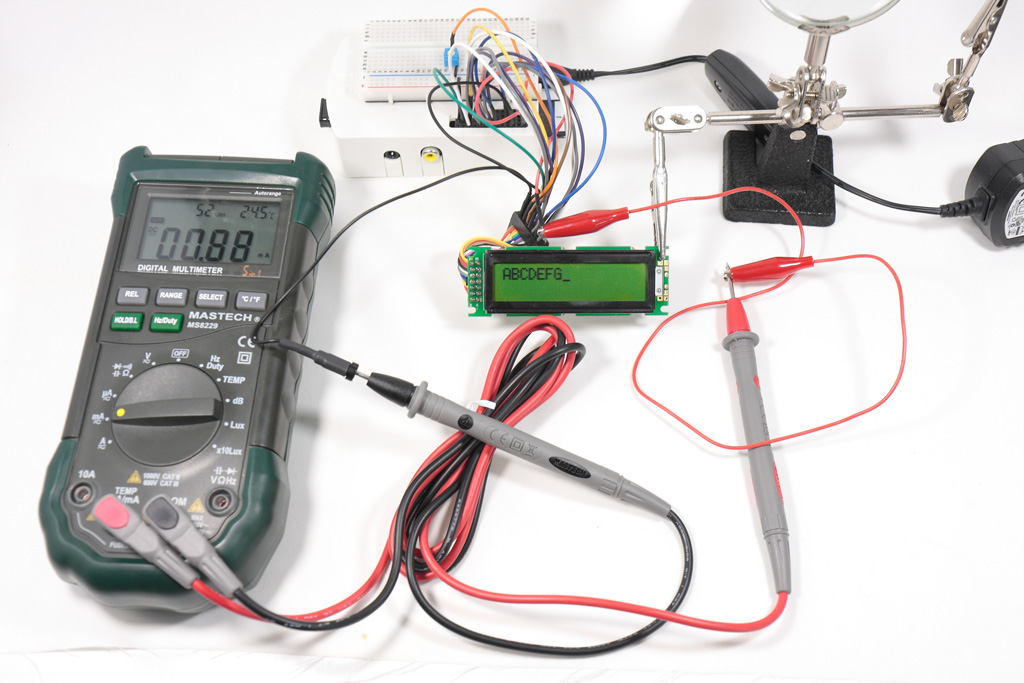 All the LCDs could reduce 0.5mA of current. Thus the energy consumption is cut to half. SC2004CBWB-XA-GB-G has the same result; however, because its current is originally high, there is no relative effect at all.

If you are interested in this post, check all posts of “Raspberry Pi and Electronics DIY ”. For example, I posted these articles.