You are here: Home › Japanese Culture › Politics is just to believe

Japanese people arrive at a crossroad on the 16th of December. 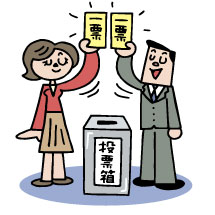 16th is going to be a big day in Tokyo because there are two important votes – for governor of Tokyo and the House of Representatives. I expect many people are going to vote because of two reasons. One: this is the first time for these two elections to be held together. Two: there are two big disputes with China and Korea.

You may need to go back to 2009 to know Japanese current politics.

DPJ talked big in 2009. They made a manifesto that said only good things, and said they could do things much better than LDP did Most of the manifesto became lies in 2012. This became a good lesson for both Japanese people and parties. Japanese people learned they just can’t trust the manifesto, and parties learned manifesto is not a tool just to get vote but something they have to make happen.

DPJ squeezed out pus. Hatoyama, the Prime Minister in 2009, was the first person who talked big, but he retired recently. Kan, the second Prime Minister when Senkaku boat collision incident took place and the Fukushima meltdown in 2011, couldn’t take the leadership and lost power as a politician. Ozawa, the former leader of DPJ quit DPJ and made a new party. I don’t know exactly what he did in DPJ. I think he was behind Hatoyama and other politicians and controlling them. He was indicted for a political contribution, but received recently a decision of not guilty. There is no smoke without fire.

The third Prime Minister, Noda, is doing pretty well. He has strong leadership. He raised the sales tax, even it gave anti Noda a chance to get vote.

LDP is trying to get the “chairs” back and it looks they will because they are going right and it is supported by many Japanese people now. For me, LDP doesn’t have anyone who has leadership right now. The leader of LDP is Abe who was the Prime Minister before, but I don’t remember what he did. I checked the LDP’s website, but I don’t know them very well.

There are other small parties too. Between 2009 and 2012, when DPJ won the majority but kept loosing trust, many politicians of DPJ and even LDP quit and made new parties. There are at least 15 parties that have seats now. Because they are small comparing to DPJ and LDP, some of them are finding partner to make alliance. The most remarkable alliance on TV is leaded by two famous politician; Ishihara and Hashimoto.

Ishihara is the former governor of Tokyo, and is well-known as patriotic. He is leading Taiyo, meaning the Sun. Hashimoto is the chief of Ishin, meaning restoration. He was the former governor of Osaka, the second biggest city in Japan. Both of them have strong leadership. They are choosing which prefecture to send their members to avoid fighting each other. They mergid into one party later named Nippon Ishinno Kai (Japan Restoration Party). 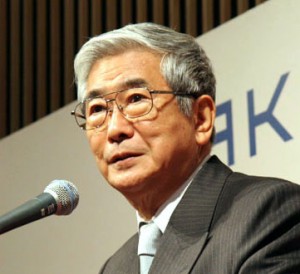 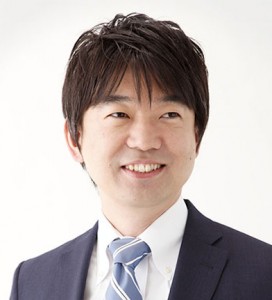 When I was watching their discussion on TV, I couldn’t tell which party is which. It is not only because there are many parties, but also because they are politicians. 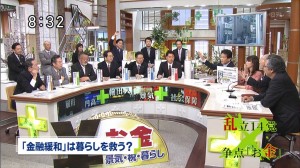 This is the program, Wake UP! Plus, Nov 24, 2012. They say whatever they want to, and they can change their opinions later very sneakily. I’m impressed sometimes! It is their natural ability. Actually, I think they need this ability to become a politician.

It is easy to guess that the person who is a member of the party that wins the House of Representatives wins the governor of Tokyo.

Japan is going to the right wing because there are big diplomatic issues with Korea and China. Because all of them fought in the history, I don’t know how many years I need to go back. As far as I have seen on TV in Tokyo these days, the reason why Japanese people are going right is because of tiny islands, Takeshima (aka Dokudo in Korea) and Senkaku (aka Diaoyu and other islands in China).

One dispute with Korea is about Takeshima (aka Dokudo in Korea). Even though Shima and Do mean island, it is called Liancourt Rocks in other countries.

This is the photo from Wikipedia. These look rocks! But some patriotic Korean are actually living on these rocks and they are guarded by The South Korean Coast Guard. The president of South Korea, Lee Myung-bak, visited these rocks in 2012, which rubbed Japanese people up. It is obvious for me that he did it for getting vote, but I don’t think all of Japanese people know that. Actually some previous Prime Ministers of Japan did the same thing. They visited at Yasukuni Shrine officially, which Korean people and Chinese people consider to deificatize soldiers who killed them in WWII. I have heard that the Prime Ministers wanted to get vote from the group called Nippon Izokukai that means group of the families of the war dead.

Another reason rubbed Japanese people up is that a Soccer player of South Korea named Jong-woo Park put up the national flag with words saying “Dokdo is our land” in the Olympic game in London. 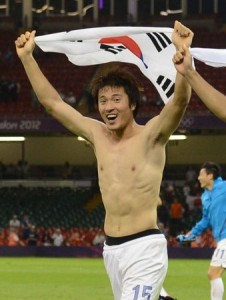 The flag was made by one of the audiences. When Korea defeated Japan and won the 3rd prize, Jong was running at the edge of the field. The audience who was using the flag was closer by chance, and he gave the flag to Jong-woo, and he put it up. As you know, players can’t say anything political during Olympic because it is supposed to be an event of peace. It is actually prohibited to do so. The committee of Olympic had meetings whether or not to give him a bronze medal, and he got it two months later.

Oh, I remember one more issue. There is Sea of Japan between Korea and Japan, but Korean people don’t like it. They want to call it East Sea. I have no historical idea, but I’m pretty sure it is confusing. There are lots of countries that have sea located toward east from them.

These altitudes of Korean people are very patriotic. I think they have taught to behave like that since they became independent. I’m sorry for Korean Stars. They were very popular in Japan since 2004, because of the huge success of a soap opera called Winter Sonata. They keep losing opportunities to be shown on media rapidly recently.

Senkaku Islands dispute became hot when a Chinese fishing boat collided with boats of Japan Coast Guard in 2010. Because the captain was held by Japanese government, the Chinese government retaliated. The prosecution of Naha released the captain not to stimulate China. The Japan Coast Guard was taking a video, but it was not released to the public for the same reason. A few days later, the video was leaked on YouTube by someone named “sengoku38”. I checked it and thought the captain collided intentionally not only once.

These are some of the videos.

The person named Issiki claimed to be Sengoku38. Even though he leaked something confidential, he was not prosecuted because Japanese people thought he did it for Japan and became public opinion. Some of them thought he was a hero. By the way, Sengoku was the chief secretary at that time, and has nothing to do with Senkaku.

There are hidden stories too. The captain was drunk and less educated. They usually go whenever they can fish. All the crews including the captain were daily-employed. It was the first time they met so crews couldn’t say opinion to the captain. After this issue, the captain was put under surveillance in China by Chinese government. This story is told only once on different TV programs and I can’t find the source anymore. This is how the media control the public opinion. They keep saying only the part of the truth that people want to believe to get popularity and money, and don’t talk things like these stories.

What I want to say is that politics is just to believe. It is impossible to know all the truth before and after voting. I know that I know nothing! Yes, like Socrates. I’m not telling that politics is philosophy. What I want to say is that there is no choice but to believe politicians and myself. All the politicians are ready to talk back, and it is seldom they say sorry. That is their job!

In my opinion, Noda is doing much better than other Prime Ministers, so I’d like to keep watching him. I also want Prime Ministers not to quit that soon. Japan is one of the unusual countries where the leader changes once a year. So I’ll vote for DPJ.

The answer to major topics discussed in Japan is as follows.

There is nobody who can fix the economic situation. It is Obama’s job.

Raising sales tax is unavoidable. The Sales tax is only 5% in Japan. There may be ways to make money for to support old people and unemployed people. Some politicians say there are other ways to do so, and some don’t. For me, they are working together not make decisions until they die! What I don’t like is they charge on everything including clothing, food and living.

It is not constructive to power off all the nuclear plants right now because Japan has less resource, but the movement is very important. All the plants have to be shut down by 2020, but not right now.

3. Disputes with Korea and China

There is only one solution. Keep it dispute and never solve. All of countries may have enough proof to show the island belongs to them. I don’t know them enough though.

I’m glad that the third faction is being born, but it is too fast to take control of Japan. They are just bunch of parties that have different opinions, and the difference is still too big.

Ishihara is too old to take responsibilities. He is 80 already. I don’t care how much he goes right, but I do care the result. He has an official website named “Declaration of War”. Cool name, huh? I want him not only to declare a war, but to say clearly who are actually going to fight. Is it your grandsons?

Hashimoto said annuity was insurance for living longer than usual, and not supposed to be given just because of age. Until how many years old do Japanese people have to work? 70? 80?

Oh, I haven’t told about Watanabe, the l leader of Min-na (Everybody). I’m looking at him these years. I have similar idea that he has.

By the way, I check their faces too when I vote. What I believe the most is my feelings. Look at Ozawa’s face. I believe his face tells what he did in his life. 😉 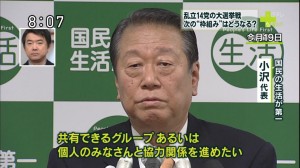 One Response to "Politics is just to believe"